Where to stay in England: The Bull&Swan at Burghley

A historic pub in a lovely town near one of the great Elizabethan houses in England – and a comfy modern room too. 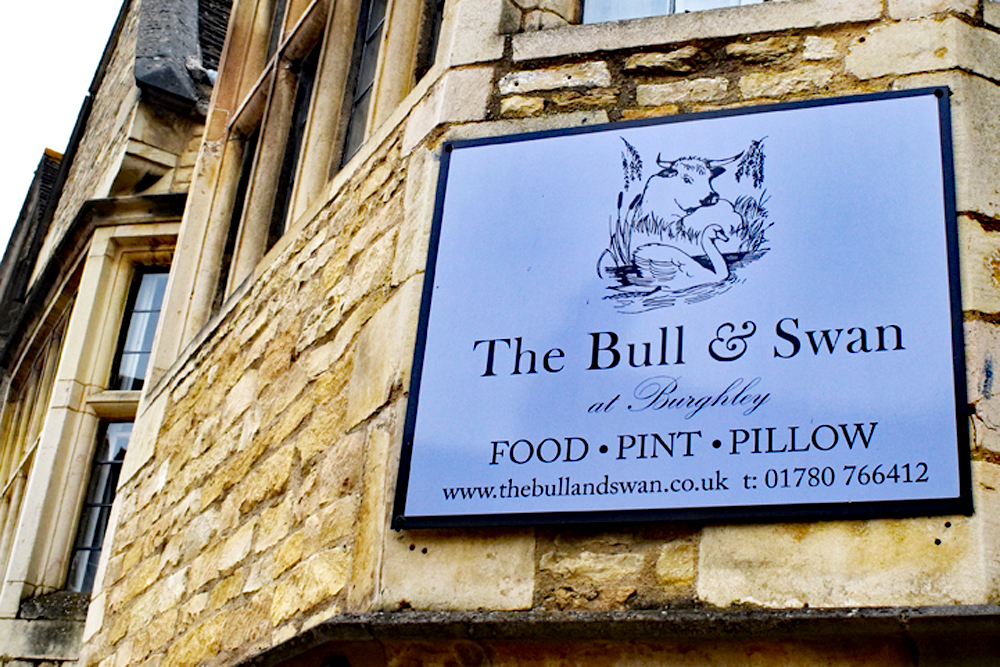 The promise offered by The Bull&Swan at Burghley is simplicity itself – “Food – Pint – Pillow”. If you’re trying to choose where to stay in England on a touring holiday or short break this historic little pub has a lot going for it:

Rooms at the Bull& Swan at Burghley

When I’m choosing where to stay in England The Bull&Swan at Burghley has everything I usually look for. I try to avoid the same-same vibe of international budget chain hotels. At the same time, I really don’t want to blow my travel budget on a classy, expensive room (not too often, anyway). Especially when you’re touring, nice quality, reasonably priced rooms that have plenty of local character really add to your experience.

Rooms at the Bull&Swan at Burghley fit the bill. They are usually moderately priced.  Do check what’s on at Burghley House when you’re planning to go though. Special events at Burghley can b00st local prices.

Nine bed&breakfast guest rooms, in three classes – Luxury, Chic and Classic  – bear the nicknames of the members of the Little Bedlam Club. So you could stay in Porcupine or Ram instead of Room 1 or 2. An exception is the Isaac Newton Room, below. Perhaps they didn’t know what pseudonym he drank under.

Luxury guest room at the Bull&Swan is named Isaac Newton

All the rooms, along with the pub itself, were sensitively refurbished by the owners, the Burghley Estate, before leasing the building to the current operators, a hospitality company. They’re beautifully done with dark wood furnishings, big and comfortable beds and shiny, well-maintained glass and tile shower rooms. A few also have luxury roll-top baths., his and her bathroom basins, exposed stone walls and ancient stone hearths filled with woodburning stoves.

Another luxury room. This one is called Ram after a member of the Little Bedlam Club.

All are equipped with wide-screen televisions, free Wi-Fi, luxury toiletries, ironing equipment, salon-quality hairdryers, iPod docking stations, quality tea and coffee making trays. Some can be arranged for families and some are dog-friendly. One Classic room is available as a single.

Food and Drink at the Bull&Swan at Burghley

Food is served in several pub rooms; at simple tables around the Old Bar and in comfortable booths and larger tables in a newer room. The menu features modern English food. It’s a mixture of well-prepared pub classics and recent innovations such as halloumi fritters, monkfish, parmesan and rosemary fries. Vegans can choose from a special menu with a good choice of dishes. The manager recommended the daily pie – a changing speciality. It was tender lamb and rosemary pie under a pillow of puff pastry and it was smashing. The accompanying green vegetables were special enough to be worthy of mention – just perfectly cooked. That may be because of their freshness. The Bull&Swan at Burghley has a large kitchen garden that produces an abundance of fresh vegetables, fruits and herbs.

Guests can usually eat outdoors too, overlooking the kitchen garden and the greenhouse. A roaring outdoor oven produced wood-fired pizzas to order. Movie nights in the “potting shed”, an outdoor terrace under a trellis, are locally popular but were temporarily suspended when I visited.

The drinks menu is more eclectic than your usual English market town pub. The bar serves a good variety of European, New World and Antipodean wines at quite reasonable prices  – by the bottle or in 125ml, 175ml and 250ml glasses. Beers on tap are a changing selection of local real ales as well as Suffolk cider, Guinness and two Czech pilsners. 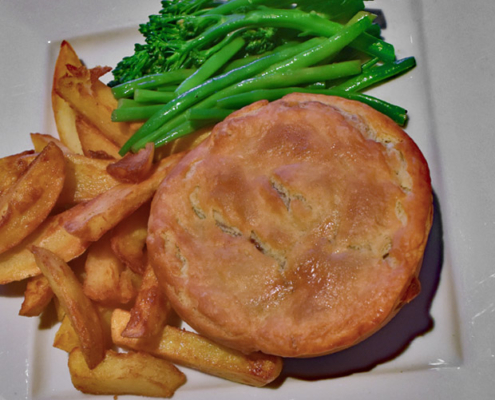 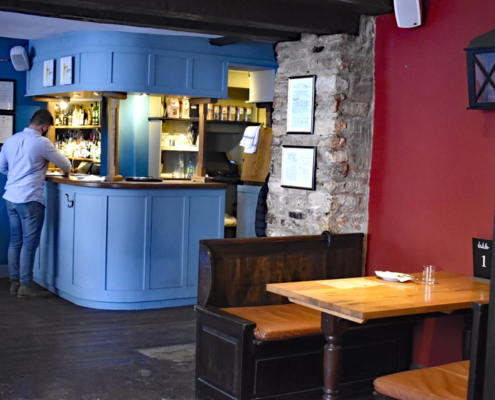 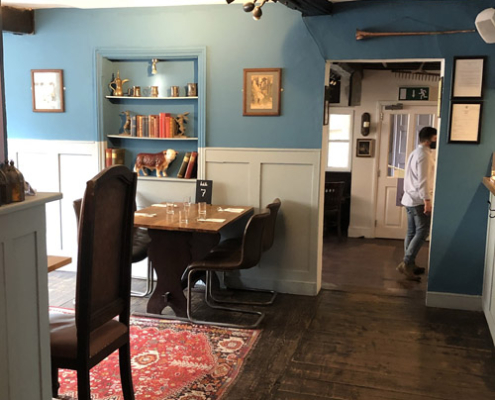 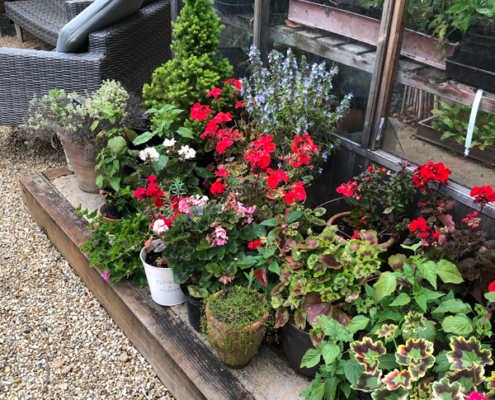 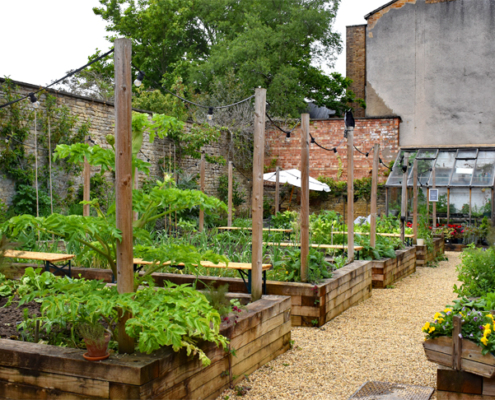 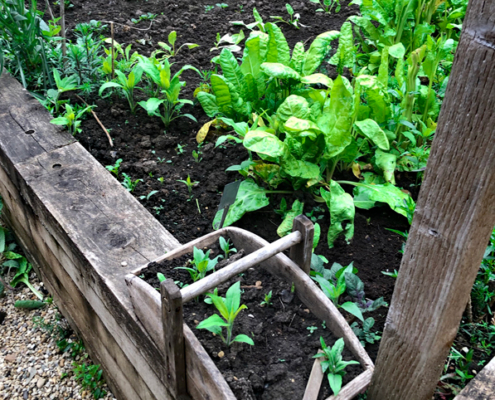