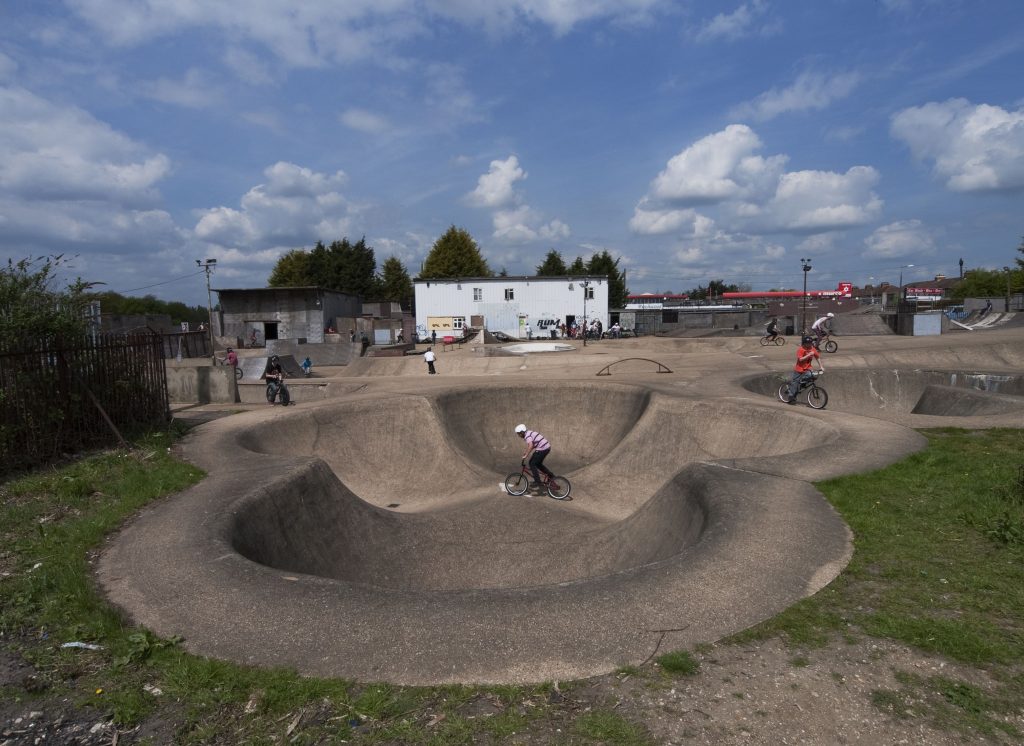 Four listed historic landmarks that will astonish you

Historic England protects England’s important historic places. Some are rather unusual and eccentric landmarks. These four, considered “historic”, may surprise you.

Perhaps you imagine that being “listed” (the term used to indicated a landmark is recognized and protected) is reserved for historic homes, castles, forts, mysterious earthworks and prehistoric monuments. There certainly are plenty of those;. But among the almost 400,000 listed historic monuments, there are also factories, filling stations, playgrounds, even a London zebra crossing. These are some of the unusual buildings and eccentric places that have been listed and protected in the past few years: 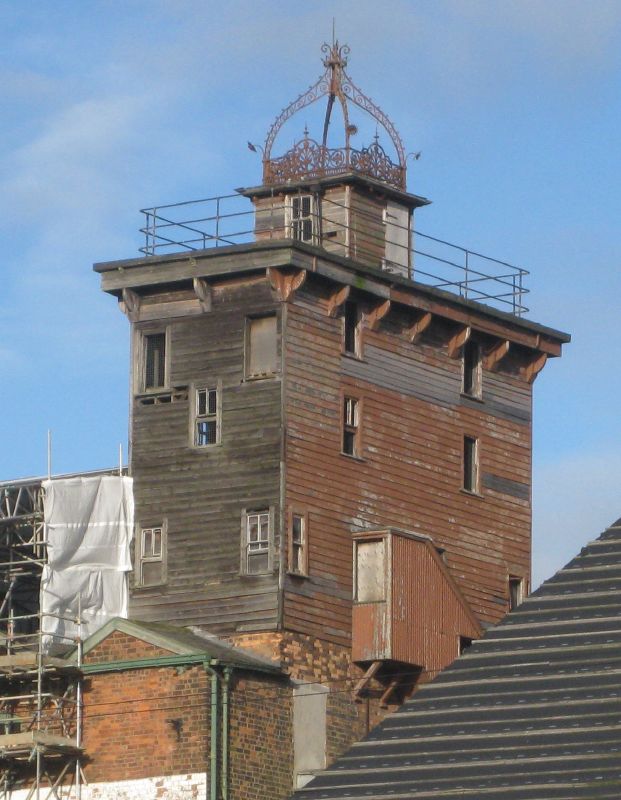 Currently hidden by scaffolding and restoration works, this landmark can rightfully claim to be one of the most important historic buildings of the modern world. The flax mill, one of eight buildings at the site on the northern edge of Shrewsbury, is the world’s first iron framed building. This  ungainly, utilitarian structure, erected in 1797, paved the way for the skyscrapers of the modern city.

While pointing toward the future, the mill was also tethered to the past. The free visitors’ centre relates the story of how flax was processed, the change from flax processing to a maltings and the sadder, darker story of dangerous working conditions at the then state-of-the-art steam-driven flax mill. Working under horrific conditions, child labourers brought in from the local poorhouse suffered serious injuries and physical deformities.

The Rom Skatepark (pictured above, courtesy of English Heritage) is considered the best and most complete surviving skatepark from the earliest days of the sport in the UK. Built in 1978, it was designed by  by Adrian Rolt of G-force, the leading skatepark designer of the late 1970s. The park is considered a landmark of late 20th century youth culture.

The seven features that are listed, all made of shotcrete, seamless pressurized concrete, include:

How to Get There:  The Rom Skatepark is on Upper Rainham Road, Hornchurch, Essex RM12 4ES, about 20 miles east of Central London off the A13. It’s also reachable by London Underground. Take the District Line toward Upminster to Elm Park, It’s about a 15 minute walk from the station.

Abbey Road Studios and the The Zebra Crossing

Among music experts, Abbey Road was already famous long before the Beatles. British composer Sir Edward Elgar open the studios in 1931. Hidden behind the facade of a Regency House in London’s St John’s Wood. the studios are believed to be the world’s first, purpose built recording studios.

How to Get There: The Studios are on Abbey Road (natch) at Number 3, in the St. John’s Wood neighborhood of London. The nearest London Underground station is St John’s Wood on the Jubilee Line and then its a short walk southwest on Grove End Road to the intersection of Abbey Road and the famous crossing. 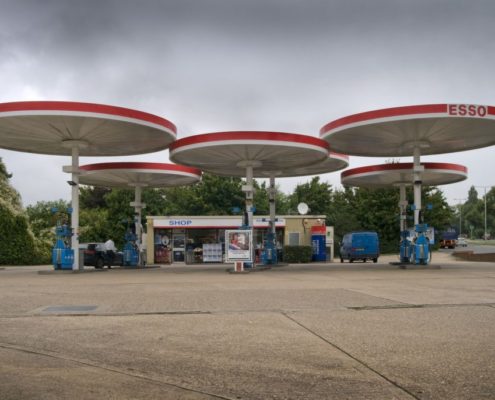 In the 1960s, what English Heritage refers to as “The Age of the Motorcar” was just getting underway for most average people in the UK. Motorways were being built at a rapid pace and more and more people fell under the spell of the open road. The overlapping parasol canopies of this Mobil-Pegasus filling station, designed in the late 1960s by American modernist architect Elliot Noyes, expressed an optimistic, fun view of the future.

The design was adopted for Mobil stations all over the world, but this example in Leicester is the only intact station of its kind left in the UK. Its listing is part of an English Heritage project on the impact of the car on the historic environment, highlighting the best examples of the architecture of the time. In 2016, the station design was listed as number 6 in the world’s 1o best filling station designs by DesignCurial.

How to Get There: The station, which is no longer owned by Mobil/Esso, is located about 1,000 feet north of the Red Hill Circle (the intersection of the A6 and the A563) in Birstall, a suburb north of Leicester.

If you’re inspired to join, do it now.

Until the end of September 2021, my readers are being offered a 15% discount on English Heritage Gift and Annual Membership. Just enter code EH2021 when signing up here, to get 15% off when you give the gift of history or purchase a membership for yourself to explore beautiful, historic spots around England.

Pudding, Pie or Tart? So What is a Bakewell?
Scroll to top