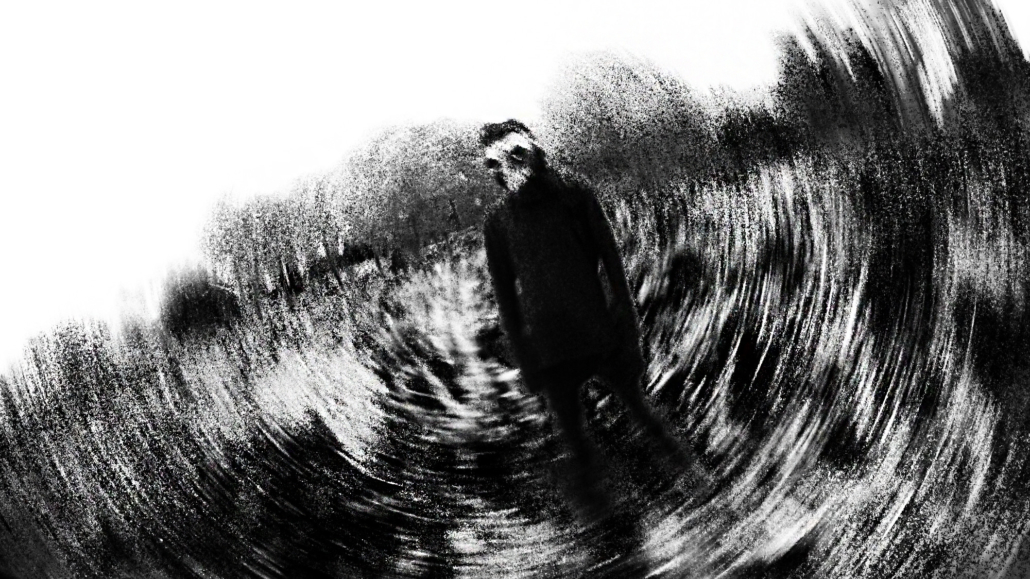 The Plague Doctor by SashaЯR ccl 2.0

The heroic story of the English plague village of Eyam

The true story of the plague village of Eyam, in the Peak District National Park, echoes through history as a lesson in courage and self sacrifice in the face of almost unimaginable tragedy. There, in 1665, the entire population chose to enter a 14-month quarantine and, through this communal act, probably saved the North of England from the plague.

In 1665, the last and greatest wave of plague hit London. Over the next year, it wiped out more than 100,000 people – anywhere from a quarter to two-fifths of the population. From London, the plague spread to nearby surrounding areas and into East Anglia, but it remained primarily a disaster of England’s southeast.

That is, until it reached Eyam (pronounced eem), a village in the central North of England, about 13 miles Southwest of the Yorkshire city of Sheffield.

A bundle of plague

In late August 1665, village tailor, Alexander Hadfield, took delivery of a bundle of fabrics. Accounts vary: some say the package contained cloth samples, others that it held damp, flea-infested, used clothes. (It was common practice for the clothes of fashionable Londoners to be deconstructed by country tailors who reused the expensive fabrics for new garments.)

Whatever the truth of the matter, a week later the tailor’s assistant George Viccars died. Very soon after that, the tailor and the rest of his household died as well. That was the start of a plague that ravaged the village for the next 14 months.

But it went no further than Eyam.

The quarantine of Eyam

The new vicar, William Mompesson had an idea but, as the new – and unpopular – man in town, he was unsure he could persuade the villagers. He called upon his predecessor, Thomas Stanley, and, together they addressed a village meeting, asking the villagers to voluntarily quarantine themselves within the town. Most agreed not to leave the town until the disease had run its course.

The villagers created a cordon sanitaire of large flat stones – an exclusion zone – beyond the borders of the village. Meat and grain brought from neighbouring villages was left by the stones and, in exchange, the villagers left coins in bowls of vinegar in hollows of the stones. They believed the vinegar cleansed the coins of the contagion. Visitors today can still find the stones around what was then the edge of Eyam. Sometimes people leave coins to honor the courageous villagers. Food and supplies were also left at Monpessan’s Well, a landmark you can find along the village trail.

Meanwhile, within the village, untold suffering continued for more than a year. Historic markers beside lovely stone cottages all over the town indicate where entire families were wiped out by the disease. People had to bury their own dead. In August 1666, Elizabeth Hancock lost six of her children and her husband, all within eight days. People from the neighboring village of Stoney Middleton watched from a nearby hill, unable to help as, alone, she dragged the members of her family beyond the edge of her farm to bury them.

The quarantine of the plague village of Eyam lasted 14 months. By the time the outbreak was over and the last death recorded, in November 1666, more than 75 percent of the  population of Eyam had perished. Of the original 344 villagers, only 90 survived and more than 70 families had been completely wiped out. Historic markers, located all around Eyam, indicate the plague cottages and who died in them. The stories are almost impossible to imagine. 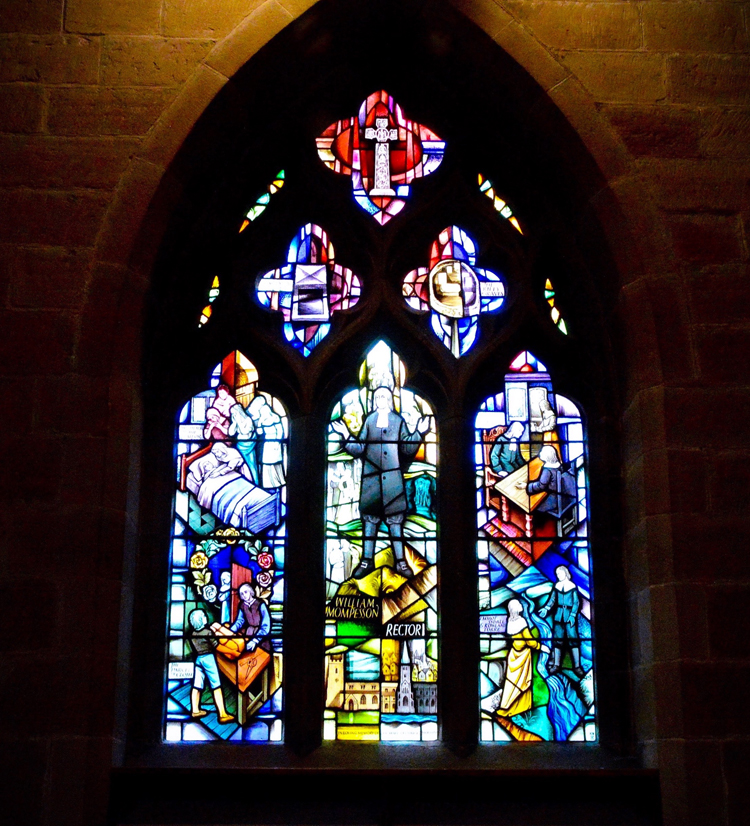 The “Plague Window” in the village church depicts scenes from the Eyam plague and quarantine. photo by Rustyruth1959   ccl

Typical is the sign outside the Bagshaw house that tells the story of the Syddall family, who lived there.  Richard, 11; Sarah, 13; John, their father, 45; Ellen, 23 and Alice, 9, all died in the first wave – September and October of 1665. During the winter months, the plague subsided, but then it returned to polish the family off. Emmot, 22, died in April, 1666; Elizabeth, her mother, remarried but Elizabeth’s new husband, John Daniel, died in July. She followed him to the grave in October 1666. Joseph Syddall, aged 3 in 1666, was the family’s only survivor.

The Plague Window in the village’s St Lawrence Church, pictured left, depicts scenes from the tragedy, including, in the left panel, the arrival of the bundle of tainted cloth and the first death of the outbreak. At the bottom of the right panel are a pair of lovers, separated by a stream.  They are Emmot Syddall and Rowland Torre. Rowland lived on the other side of the cordon around the plague village of Eyam. According to the story, they met at the stream every week to see each other and shout across the water, unable to touch. Finally she was no longer there.

What to see on a visit to Eyam

With such a sad history, you may wonder why you’d want to visit Eyam at all. Not surprisingly, there are some very good reasons:

Full Disclosure: Some of the links on this page are affiliate links. If you book a tour or a room using the links, I may receive a small payment that helps support this site, at no extra cost to you. Thank you.

Stargaze From Brighton’s BA i360

Anguskirk ccl by-nc-nd 2.0Downton Abbey – The right things to do in the wrong Downton
Scroll to top