The Elephant that Seduced a Shah

and other holiday delights at Waddesdon Manor

Every year during the holiday season, Waddesdon Manor in Buckinghamshire is transformed into a Christmas fantasy of twinkling lights, holiday music and themed decorations inspired by the house’s fabulous collections. This year, while Christmas carols and songs inform the decor, I’m drawn once again to the mad musical elephant that jollied a Persian potentate out of  the sulks.

When Baron Ferdinand de Rothschild plonked a somewhat edited copy of the 16th-century French Chateau Chambord in the middle of traditional English Buckinghamshire in the 1870s, the neighbours were aghast. Even as late as the 1940s, when a Rothschild heir offered Waddesdon Manor to the National Trust, the Trust wasn’t sure it really wanted it. Afterall, the house was hardly English; it looked like it belonged in the Loire.

Fast forward to the 21st century and Waddesdon Manor is now one of the National Trust’s most popular attractions. One reason – apart from the sheer fabulousness of the house and its contents – may be the regularly changing exhibits from the collections of Baron Ferdinand and Alice (his sister); a dazzling array of paintings, furniture and Renaissance objects d’art.  Another is, undoubtedly the  steady stream of guest exhibitions, art commissions and special events supported and organised by the Rothschild Foundation (who manage Waddesdon).

And every year this enchanting treasure house – built to show off Baron Ferdinand’s collections and to entertain his friends – is the backdrop for a Christmas spectacle that’s worth a special trip. This year is no different. But before I plunge into what’s on offer in 2019, I want to tell you about the musical elephant automaton and how it may have prevented a diplomatic contretemps. 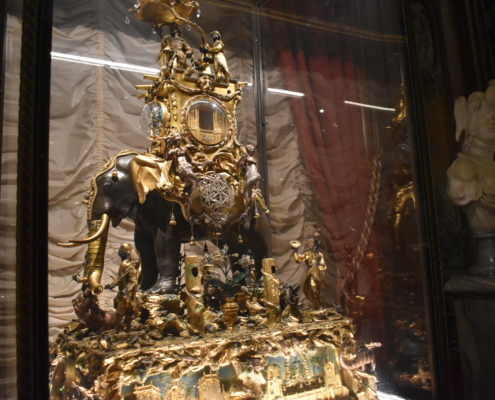 The elephant occupies pride of place in Waddesdon’s East Gallery. Its body is made of chased, painted, gilded and patinated bronze. It’s covered in paste jewels and spinning trinkets. It swings its articulated trunk and tail, flaps its ears and rolls its eyes while figures dance and twirl to the music it plays. Knights march across its base and peek out of the howdah on its back. It is, at once, amazing, bizarre, garish, vulgar and utterly captivating. The elephant was made in London in 1774 by French clockmaker Hubert Martinet. It was one the treasures Baron Ferdinand enjoyed showing off to his weekend guests. And in 1889 it probably saved him from an embarrassing incident.

That year, the Baron managed to entice Shah Nasir al-Din of Persia to join his country house party. The lure was the promise that the Prince of Wales, later Edward VII, would also attend. But the prince was unavoidably kept in London on royal business. The shah, insulted and apparently seeing no need to socialize with lesser aristocrats, refused to leave his room. He was encouraged to join the rest of the household on the promise of playing with the mechanical elephant. And, according to an account in a local paper, he then became so engrossed in the performance that, “it became necessary to distract his majesty’s attention from a curiosity of considerable historical interest.”

Today, the elephant, can be seen in action once a month on special tours. Or you can watch it do its stuff here.

As they have done for several years, the creative team at Waddesdon put together spectacular decorations, inside and out, themed around and inspired by the collections. This year Christmas carols and modern Christmas music enliven the East Wing and the Bachelors’ wing, creating a festive soundscape as well as imaginative visual treats – a Christmas tree made of sheet music for example. In the White Drawing Room, Waddesdon’s three Sèvres ship vases (of only ten in the world)  star in decorations themed for “I Saw Three Ships”.  A Christmas feast laid in the Billiard Room includes a flaming figgy pudding.

At the time of writing, tickets for inside the house were sold out until Christmas but grounds tickets were available and there were still house tickets available after Christmas for a between the holidays outing.

Colorful garden illuminations tempt garden visitors along Waddesdon’s longest ever Winter Light Trail. And there are illuminated disco balls, sparkling tree canopies, a cascading river of light and more surprises round every bend. A Light in Motion installation in the Coach House changes every few minutes and, for Instagrammers, two giant baubles of light are perfect selfie frames. Two different light shows play across the front of the house and, until December 22, a Christmas Fair with 80 wooden chalets offers food, drink and unusual gifts.  Visitors can also warm up in a woodland wigwam where hot drinks and snacks are served. 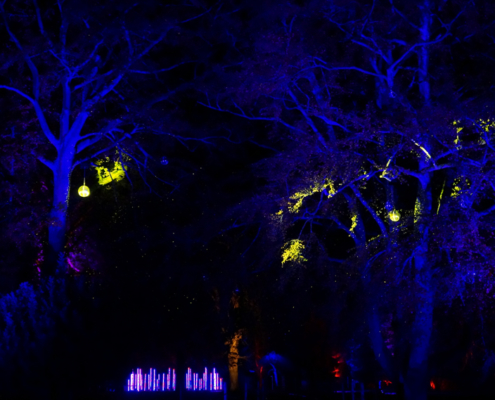 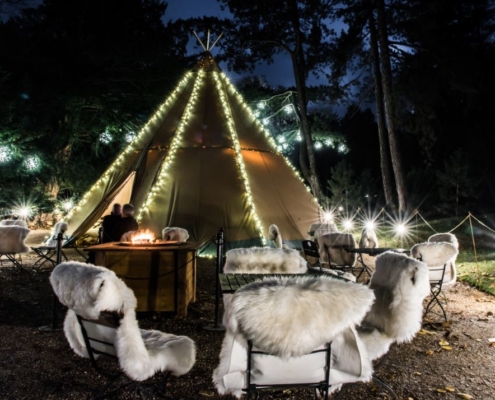 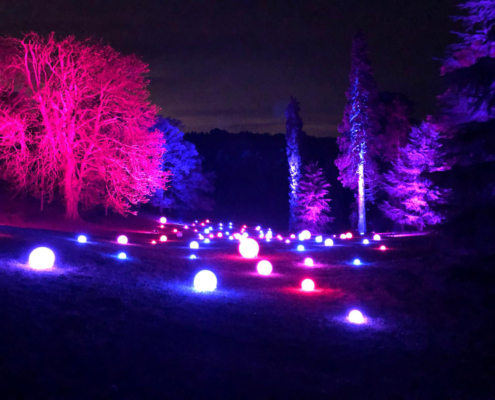 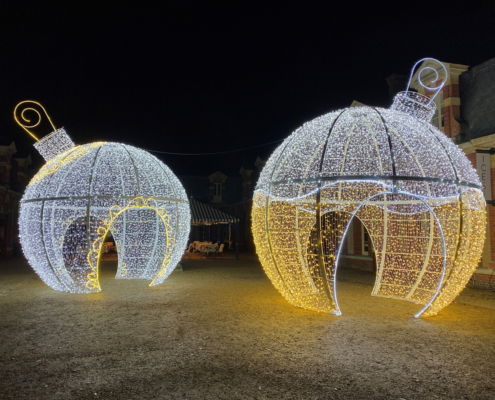 Essentials for Visiting Waddesdon at Christmas

Please pin to save for later 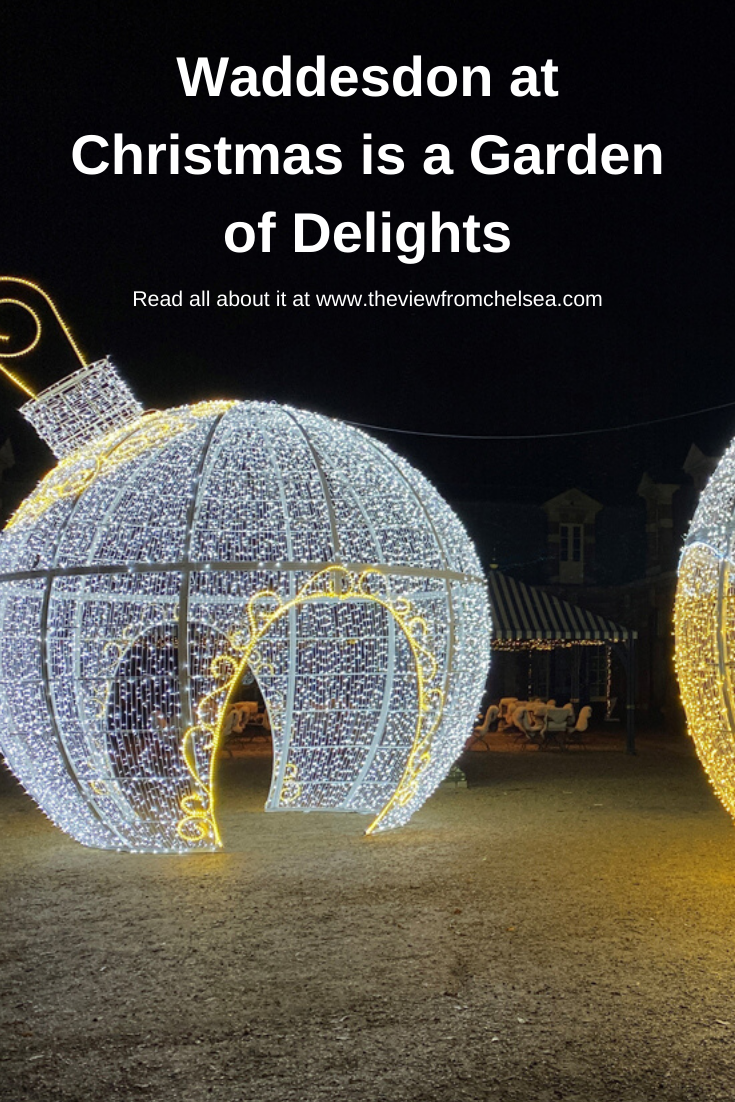