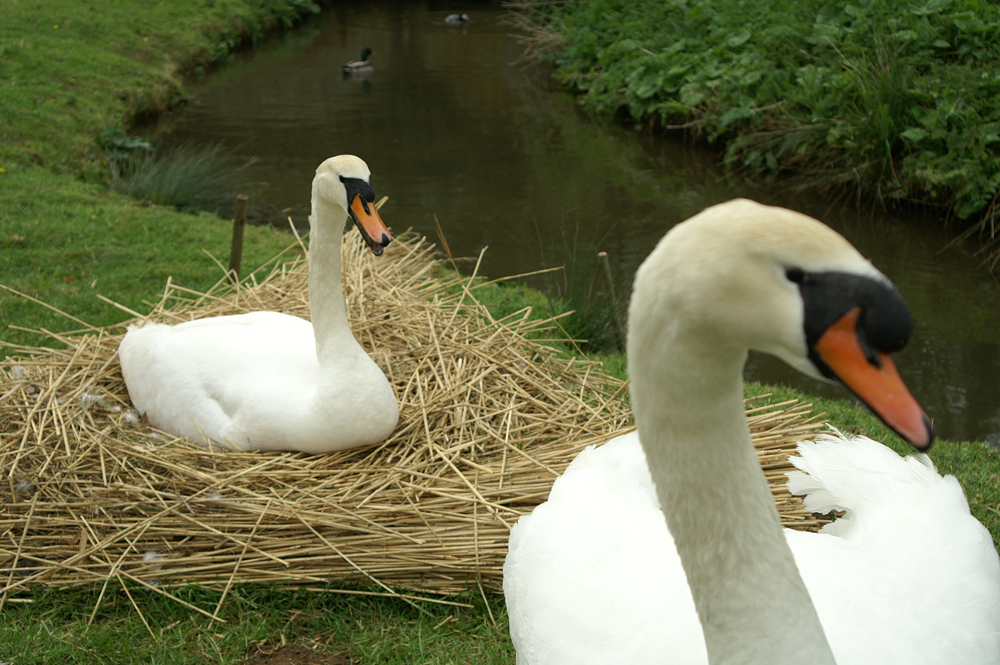 Walk the paths of the Abbotsbury Swannery in May and the air is alive with the whistles and snorts of hundreds of mute swans, the muffled flurry of feathers, the leathery patter of webbed feet  and an occasional childish squeal of delight.

Welcome to the Abbotsbury Swannery in Dorset where, every year, as many as 600 free-flying birds – hundreds of nesting pairs – return to the world’s only managed nesting colony of mute swans. Visit between April and mid-June, when the cygnets hatch, and the paths are awash with little bundles of soft gray downy feathers; the youngest hatchlings resting from all the excitement by taking “time-outs” under their mothers’ wings. Visit later in the year, say September and October, and you can see the older cygnets learning to fly.

While most swans nest in isolated pairs, the swans of Abbotsbury peacefully jostle for nesting space across about 2.5 acres of the 25 acre site. Though they aren’t tame and their wings aren’t clipped, they tolerate visitors with aplomb and return to breed and rear their young year after year. They’ve been doing so for at least 600 – possibly more than 900 – years.

Anyone who has ever been close to a pair of nesting swans has probably been hissed at by an aggressive male or cob. Get too close and you might even get poked at. Feeding swans can also lead to trouble. At a pond where visitors regularly fed bread to the swans, I saw small children terrorized by swans as big as they were who waddled out of a pond to poke and nip at them, demanding bread. Very little of that kind of aggression goes on at the Abbotsbury Swannery and, what there is occurs naturally between swans competing for territory or mating females.

So why does this wild colony of swans tolerate humans so well, and why do they keep returning? According to General Manager John Houston, the place is like a 5-star hotel for swans, providing:

How the swans settled in Abbotsbury

A Benedictine monastery was established near the Fleet, in Dorset as early as 1040. As part of the self-sufficiency required of monasteries of the period, the monks managed the swan colony as an important source of meat and feathers. In the middle ages, swans were a delicacy enjoyed at top tables around the land. Feathers collected in the molting season were trimmed,hardened in hot sand and were used to make quill pens. Flight feathers were used to brush bees from honeycombs.

But which came first, the monks or the swans?

The first written record of the swannery was in 1393 when it was already well established. It’s likely that the monks were managing the swan colony before that. It’s also likely that it was the existence of the huge flock of swans, happily munching the eel grass of the Fleet that drew the Benedictines to the spot in the first place.

When Henry VIII dissolved the monasteries in 1539, Abbotsbury was sold to the Strangways family who later became Earls of Ilchester. The same family still owns the estate and manages the swan colony.

Not the Queen’s swans

Traditionally, all England’s unmarked swans belong to the monarch, with a small number of swans on the Thames belonging to the Guild of Vintners and the Guild of Dyers. The apparently quaint custom of Swan Upping – counting the swans on the Thames – was once a measurement of wealth. Today, it is still practiced as a way of keeping track of swan populations and health. When the Strangways family bought Abbotsbury, the King gave them the right to all swans hatched there. The swans are ringed to indicate ownership.

No one eats them anymore, but the Swannery still produces the quills used by Lloyds of London to record shipping accidents in the Loss or Doom Book, and provides small feathers to The Plumery for the ceremonial helmets of the The Gentlemen at Arms,  the monarch’s bodyguard.

A most unusual occupation

You’ve heard of shepherds and possibly cowherds, maybe even swineherds. But a swanherd? Steve Groves,  the Abbotsbury swanherd has a truly unique job. What’s more, he can trace his predecessors – every swanherd at Abbotsbury has been recorded — all the way back to one William Squilor, the swanherd of 1393.

It’s not just a ceremonial job. The swanherd:

The swanherd watches the swans so closely and understands them so well that he can tell, to the day, when the first cygnets are due to hatch. He also presides over the biennial spectacle of the swan roundup, a census during which the swans are weighed and measured and newcomers are ringed.

By the end of July, because of molting, the swans are flightless for about six weeks. For the roundup, volunteers line up 40 canoes across the wide, Portland end of the Fleet and slowly herd the swans to the narrow end, near the nesting site. They’re kept there, overnight, by a boom across the lagoon. Next day, 150 volunteers wade or paddle to drive the birds into holding pens for the census. As many as 900 swans have been herded in this way. After they’re measured and ringed, they’re released, apparently none the worse for the experience. 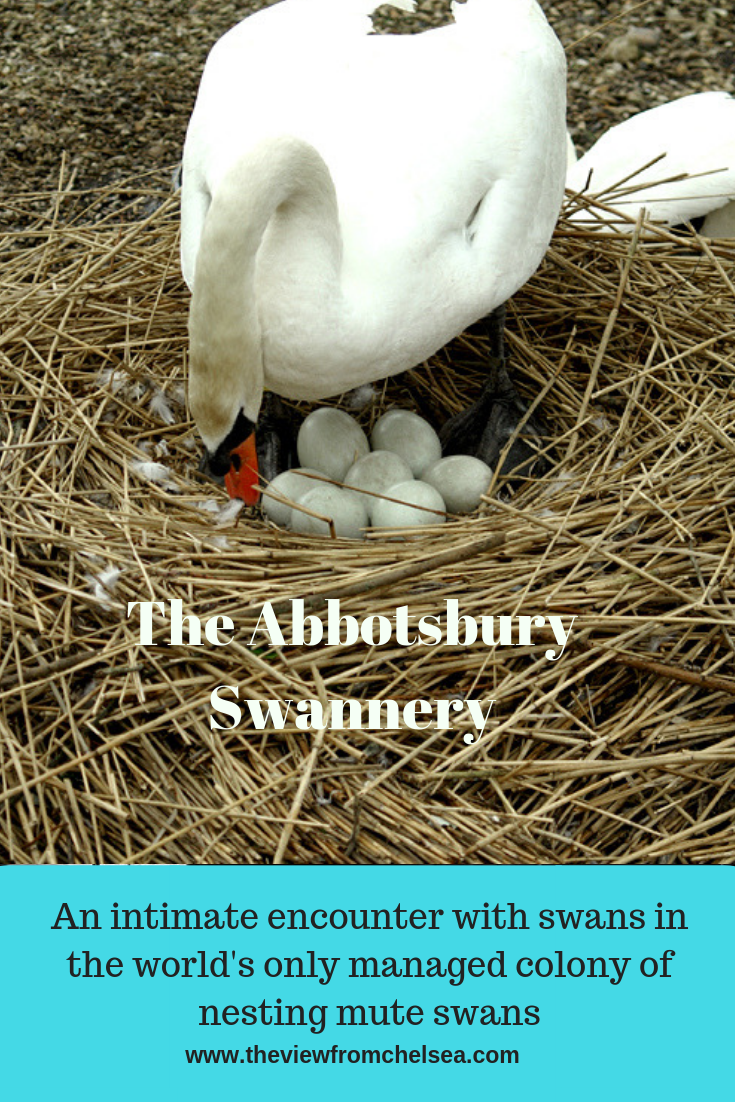 Ancient Roman wines: The Fountain of Youth in a bottle?