Head for Athens next week (June 17 to 24), for the Summer Nostos Festival at the Stavros Niarchos Foundation Cultural Centre (SNFCC). It’s a huge, free international multi-arts and sports party being staged indoors and out at Athens newest major park and architectural landmark.

And while you’re there, you’ll have a chance to explore what the truly sustainable public buildings of the future could be like.

Auditorium of the Greek National Opera will see a lot more than opera during the Summer Nostos Festival in Athens.

Music – including classical, pop, jazz and world music from all over Europe, Africa and North America. Among the highlights:

And that’s just skimming the surface – there are divas, bands, soloists, lots more.

Dance – with performances from several international ensembles including:

Plus – Circus performances and workshops, art installations, group participation performances, chorales, art workshops events for children and sports – from fencing and petanque to kayak racing  in the SNFCC’s  51 acres of parkland and 400 meter canal.

Everything is free but some events in smaller spaces do require advance booking. You can check out the full schedule and book as needed here.

While you’re there – or later if you miss the festival – take some time to explore the SNFCC – a remarkable park, cultural center and sustainable modern landmark, designed by Pritzker Prize-winning architect Renzo Piano – in Kallithea, on the southwestern edge of Athens.

In the late 1990s, the Greek National Opera (GNO )and the National Library of Greece, both in need of space and viable new premises, approached the Stavros Niarchos Foundation for grants. Eventually both organizations and the foundation joined forces to develop the center with a foundation grant of €630 million. It was the largest single grant the foundation ever made and was to cover, design, construction and fitting out of the cultural center, relocation of the two companies and assistance with operating expenses for five years.

Work began in 2012 on what had been a former Olympics parking lot and then derelict ground. Today the site supports two state-of-the-art institutions – the multi-stage Greek National Opera and the million-plus volume Greek National Library along with a 51- acre park  bringing much needed green space to Athens.

Sustainability was always an objective in creating the SNFCC. During construction, 95 per cent of building waste was recycled. The finished result was awarded Platinum LEED certification (Leadership in Energy and Environmental Design), from the US Green Building Council.

Take a free guided tour (they are given in English several times a day), for a behind the scenes look at both buildings.

Among the eco-friendly highlights:

How to Get There

The SNFCC is just a few miles from Athens cruise and ferry terminals in Piraeus so easy to reach with a short taxi ride.

Other transportation options include: 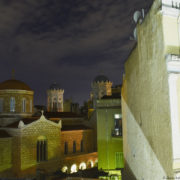 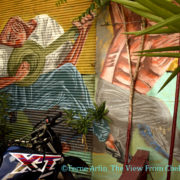 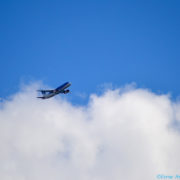 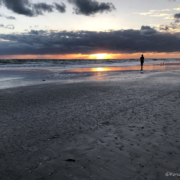 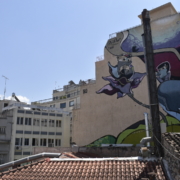 Tower Bridge’s Glass Walkways – Part of (not so) Hidden London

Glasgow School of Art goes up in smoke…again!