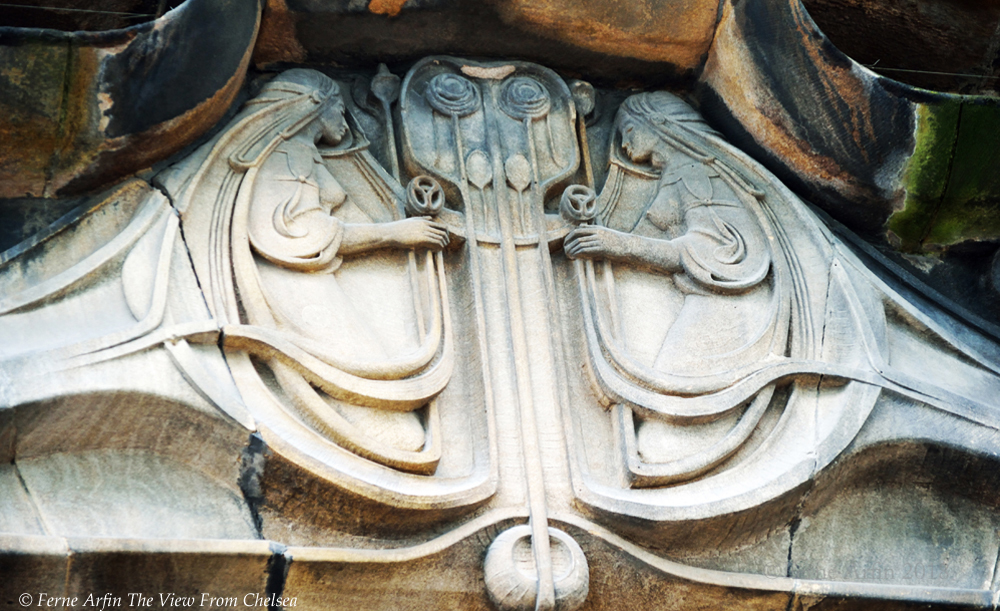 Glasgow School of Art goes up in smoke…again! 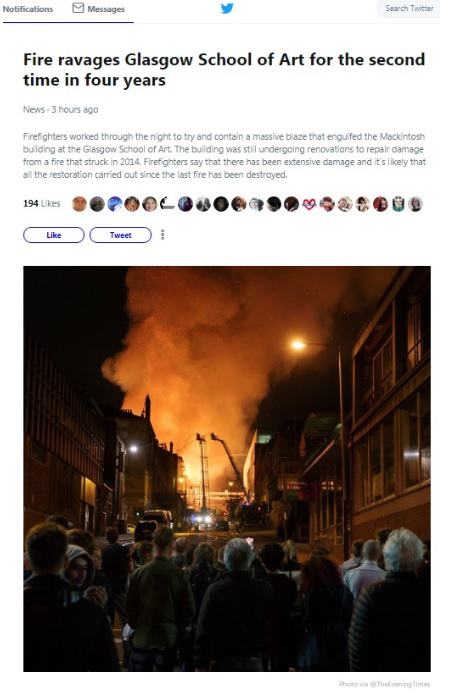 Glaswegians watch in horror as landmark Glasgow School of Art destroyed by fire. Photo The Evening Times via Twitter.

I was very, very sad to hear, in June, that the Glasgow School of Art, Charles Rennie Mackintosh’s Art Nouveau masterpiece, had been gutted by fire for the second time in four years.

The school, heavily damaged by fire in 2014. was in the midst of restoration and scheduled to reopen in the spring of 2019. Given the scale of the destruction, that is not likely happen now.

In fact, though there has, as yet, been no official word, I very much doubt that there is anything left to restore after the latest fire.

I visited the school in 2015 when restoration was just taking hold and I was truly looking forward to seeing it fully restored next year. Now all I have to share with you are memories of these few details I managed to capture with my phone on a very overcast day.

Decorative touches were everywhere, many of them familiar Rennie Mackintosh themes, like a weathervane with  coloured balls and resident pigeon – who regularly attracted live pigeons for a quick look. All over the building, in seemingly random placements, wrought iron was used for pure decoration – and every set of windows had a different motif.

Rennie Mackintosh’s style of Art Nouveau became known as the Glasgow Style and was widely imitated by his contemporaries. His floral flourishes, tulips, roses, swirls and geometric forms can be picked out as decorative elements in homes and commercial buildings all over the city.

His masterpiece was the library, which was being fully restored at the time of the fire. The smartphone snap of a scale model (below) in the new art school building across the street, hints at Mackintosh’s artistry. After the first fire, the loss of the library was not its books, which could mostly be replaced. The loss was the multi-level library itself. You can still view the model.

Find out more about this lost landmark here.

Click on image below to see full gallery of pictures. 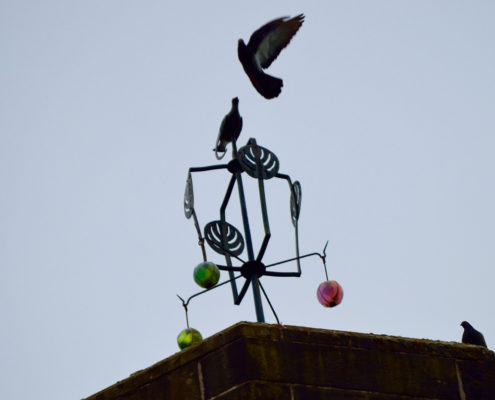 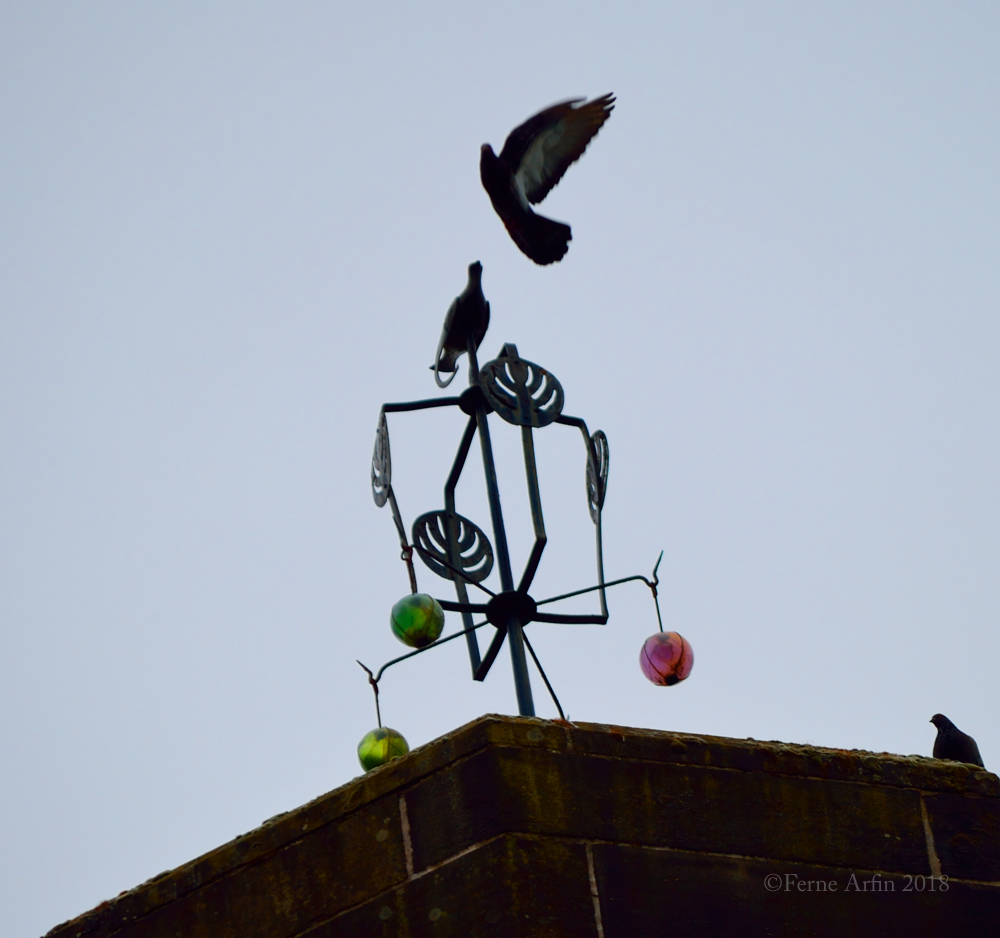 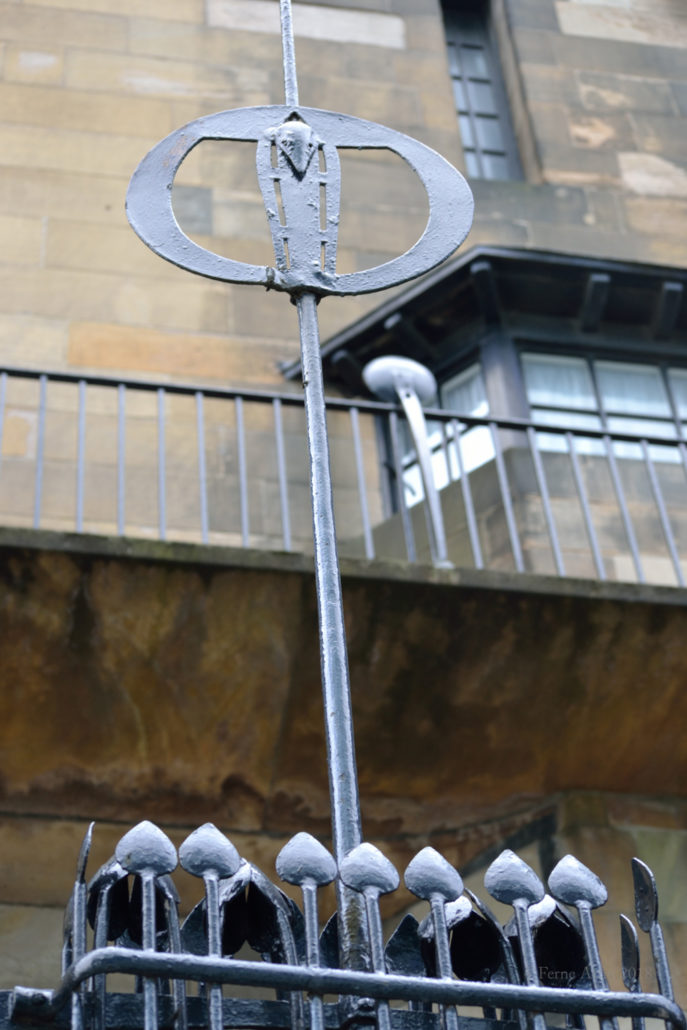 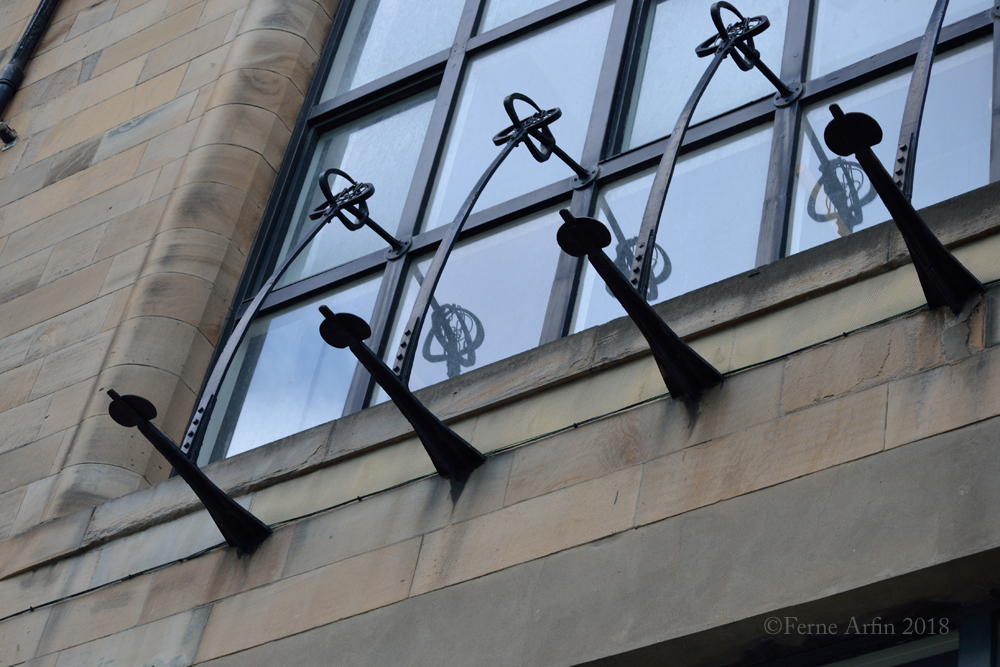 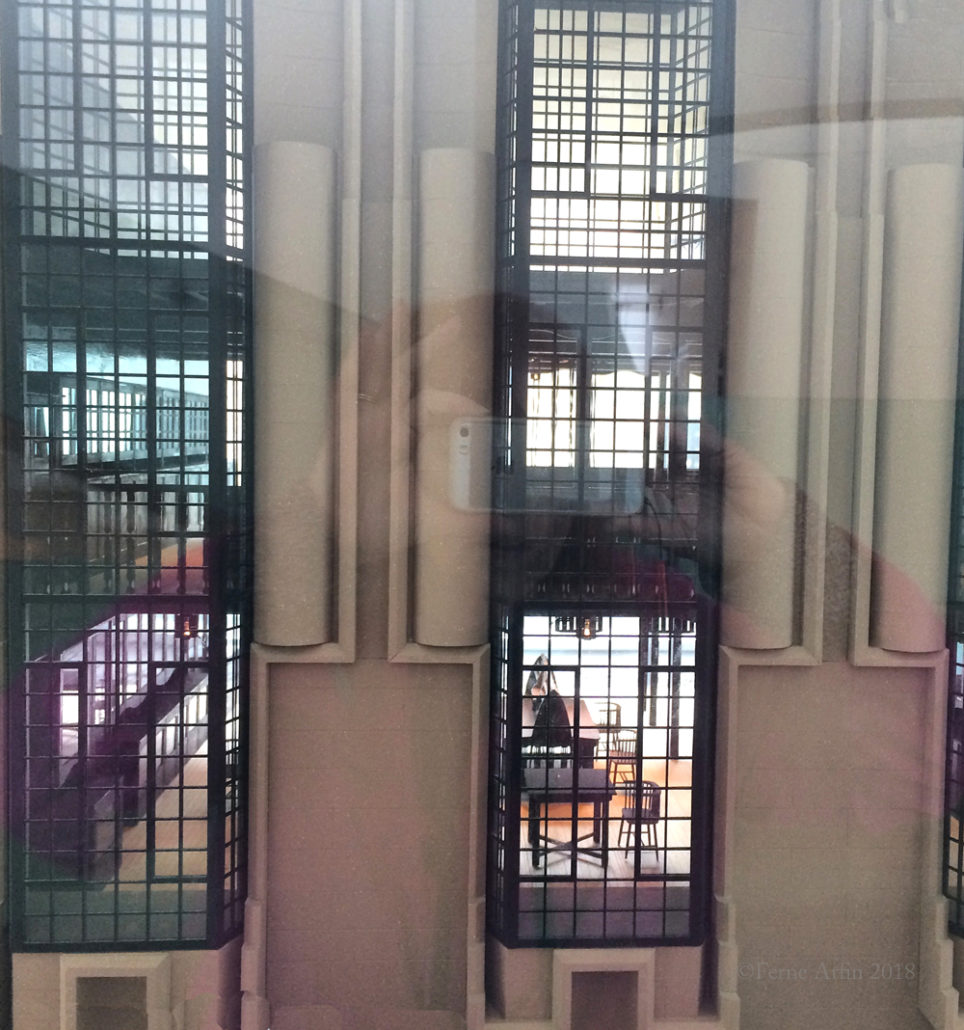