Crossed off the Map: Travels in Bolivia by Shafik Meghji 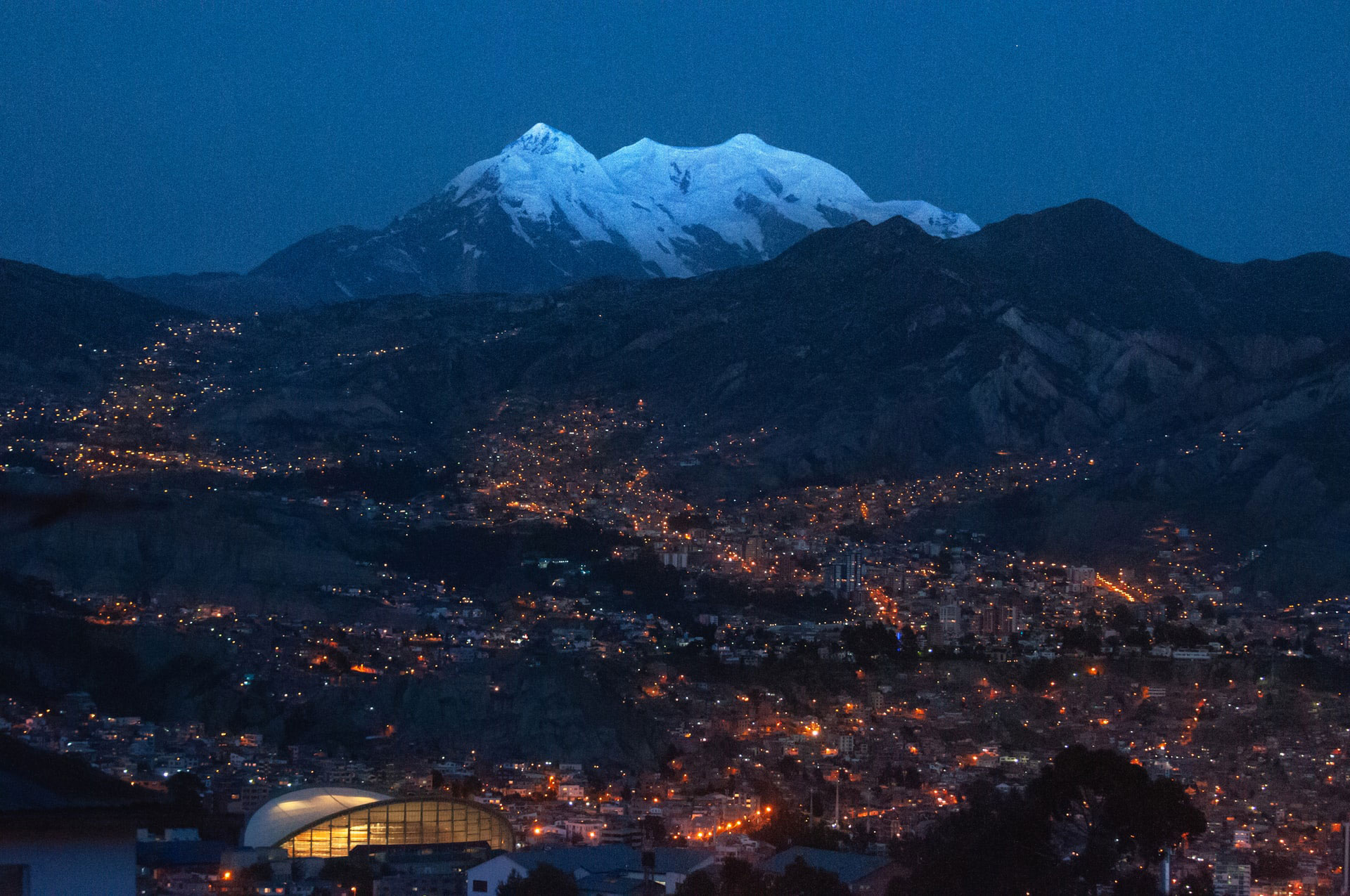 Crossed Off the Map: Travels in Bolivia, a new book from travel journalist Shafik Meghji, takes its name from an apocryphal 19th-century story. According to the legend, Queen Victoria, taking offence at an insult to the British Ambassador tried to send the British Navy to bombard La Paz only to be told the Bolivian city was 400 km from the Pacific coast. She called for a map and simply crossed the country off, declaring, with all the hauteur of the Red Queen in Alice in Wonderland, “Bolivia does not exist.”

Apocryphal or not, the story encapsulates centuries of dismissive colonial attitudes toward this mineral-rich and culturally fascinating Andean and Amazonian country. Meghji’s well-researched – and important – book puts Bolivia, in all its geographic variety and ecological diversity, firmly on our maps.

The travel book returns to its roots

This is a serious and somewhat old-fashioned (in a good way) travelogue. It’s no guidebook for backpackers, though some may be inspired by the landscapes, landmarks and wildlife depicted; it’s not an adventure travel guide, though there are scenes of swimming under the lazy/watchful gaze of caimans, in waters where later piranhas are hooked for supper, and bushwhacking through a jungle in search of the elusive jaguar, and it’s definitely not a directory of hotels, places to eat and instructions on what to pack and how to get there. What it is, frankly, is a solid, old-fashioned good-read of a travel book, the kind that inspires wanderlust and the desire to know more.

It may take a while but the printed guidebook as a directory, which for years has been the bread and butter of travel writers – what they have to write to earn enough money and commissions to really travel – is probably on its way out. The Internet and the smartphone – reaching into ever more remote areas every day – are putting paid to it. Or at least replacing the printed variety with handy online versions.

Culturally and historically immersive narrative travel writing really can’t be replaced by the worldwide web. That’s why books like Rory Stewart’s The Places in Between about his walk across Afghanistan, Trieste and the Meaning of Nowhere by the late Jan Morris and Peter Matthiessen’s Himalayan trek in search of The Snow Leopard continue to attract more readers as individual books than guide books that have to be published in formulaic series to earn profits for their publishers. 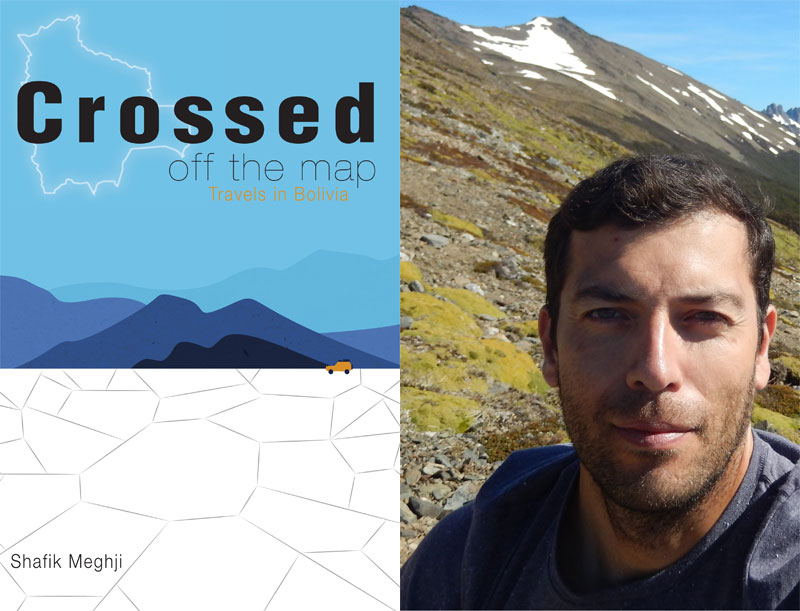 Crossed off the Map belongs in that class of travel books – a combination of history, reportage, and travel narrative. It’s based on several trips to Bolivia between 2004 and 2017. Each chapter settles into a region, often around one or two hub cities, and describes the reality of travelling there while dipping into its background, environmental challenges, political history and the characters who shaped it.

Like the astonishing Israeli wilderness survivor who inspired thousands of his countrymen to visit. Or the iconic guerilla hero, Che Guevara, who sadly misread the revolutionary climate of 1967 Bolivia. He came to a sordid end in a Bolivian hamlet so small it barely makes most maps. Then there are the corrupt politicians; the greedy exploiters of Bolivia’s resources, and the heaven-bent Jesuits who tried to shape and then supplant indigenous cultures with their European ideas of Paradise on earth.

We learn about Bolivia’s mineral riches, both an economic blessing and an environmental curse; a mountain of silver, underground veins of tin and, latterly, vast salt pans that are a source of lithium – an essential raw material of the modern age. 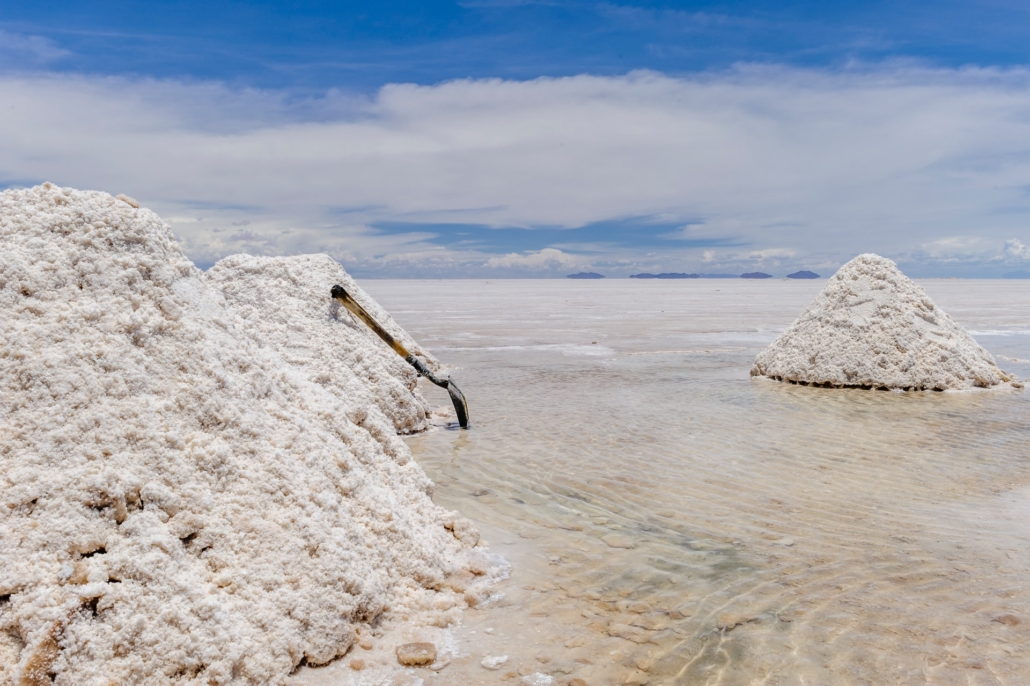 Meghji travels from the Andean foothills, across the otherworldly deserts and wide expanses of the Altiplano – the high plains region between the east and west ranges of the Andes – to the jungles of the Amazon Basin, with walking trees he describes as looking like something out of Gabriel Garcia Marquez. Along the way he – and we – learn about the ancient and modern indigenous peoples of each region, the environmental impact of the farming, mining and energy practices of both ancient and modern times, and a great deal more.

And some light relief too

And lest you think this is an overly serious textbook, there is plenty of light relief, often from the wildlife encountered along the way. In one of the Jesuit settlements, now restored and part of a UNESCO World Heritage site, a pair of smelly sloths, cling to a tree above a bench where unwary resting tourists sometimes get an unpleasant surprise. On a tributary of the Amazon, a mischievous river dolphin plays a watery game of cat and mouse before surfacing to splash Meghji in the face.

Crossed off the Map is an engrossing journey through a part of South America that you probably only thought you knew about. The writing style is specific and engaging, with seamless transitions between description, anecdote and information, between place and past. It may not inspire holidaymakers to pack their flip flops and suncream but it will inspire serious trekkers, gap year adventurers and armchair explorers alike.

The Pilot in Greenwich – Stay in a London time machine

Ferne Arfin 2022Under the Volcano on Tenerife
Scroll to top