Things to do in West Cornwall:

Explore the Tin Coast of Cornwall to learn about the diaspora of Cornishmen that influenced hard stone mining all over the world. Dig a little deeper, go back a bit further and discover how their skills and resources powered the European Bronze Age.

Back in 2012, I joined a group of journalists travelling to Land’s End to meet the Olympic Torch. Along the way, we visited The National Maritime Museum: Cornwall in Falmouth, where a copy of a remarkable prehistoric artefact was on display. 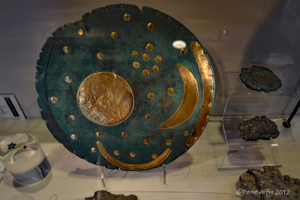 The Nebra Sky Disc, made in Germany 3600 years ago, contains Cornish gold and tin.

The Nebra Sky Disc is a bronze disc, about 12 inches in diameter, decorated with gold representations of the sun, moon and stars. It was discovered in a forest in the German state of  Saxony-Anhalt and it is believed to have been made in that region in about 1600 B.C., more than 3,000 years ago.

Analysis of the materials used to make it showed that the gold came from Cornwall. So did the tin that makes up ten per cent of the bronze. The materials came from an estuary of the River Fal just a few miles from Falmouth.

As long as 3600 years ago – at the very beginning of the Bronze Age – the Cornish were mining and trading minerals with the rest of Europe. According to Archaeologist Adam Sharpe, “Virtually every piece of Bronze that you find in Western Europe has got Cornish tin in it.”

What made Cornish minerals special was the unusual concentration of both tin and copper – the two essential components of bronze – in the same area and often in the same ore. Soon, as they say, the ancient world was beating a path to the northwest coast of Cornwall for materials to make tools, knives, household vessels and, at a time when warfare was the natural state of societies, weapons.

The lost history of the Tin Coast

Prehistoric Cornwall and West Devon may have grown rich through the tin trade. An organized ritual culture was already well established here from the Stone Age and the landscape is studded with Neolithic monuments. The Merry Maidens near Penzance, a large stone circle of 19 evenly spaced standing stones that dates from between 1500 and 800 BC, is one of several in the region. The far west of Cornwall has one of the highest concentrations of ancient monuments in Western Europe. So the culture to prosper from the Cornwall’s mineral mining and trade was already in place at the start of the Bronze Age.

The Merry Maidens, a circle of 19 standing stones near Penzance, is one of several ancient monuments on or near Cornwall’s Tin Coast. According to the local story, they are named for 19 wedding guests caught dancing on the sabbath and turned to stone as punishment.

But, as the saying goes, history is written by the victors. Over time consecutive waves of “victors” washed across Cornwall – Celts, Romans, Anglo Saxons, Normans. So the history of Cornwall through the Dark Ages had been mostly reduced to myth and legend, plus a few disputed classical references.

Initially, the tin and copper-rich ore was found on the surface, deposited in riverbeds by the receding Ice Age.

The Poldark era on the Cornish Tin Coast

Jump through time now about 3,000 years to the 18th century, a time of pirates, smugglers and wreckers – locals who reputedly lured ships onto the rocks around the Cornish beaches to pick the wrecks clean of their goods. It wasn’t really the “Poldark” era, but today most people outside Cornwall only know about Cornish mining from the popular Winston Graham “Poldark” novels or the BBC television series now available on Netflix.

By now mining had gone underground and even under the sea. Cornwall’s expert hard rock miners dug and blasted shafts deep into the ground to follow veins of ore that produced copper and tin as well as some gold and silver. Along the Tin Coast, between Botallack and Levant mines, miners tunnelled far under the sea bed. It was said that in rough weather they could hear waves crashing and sea-tossed boulders tumbling over their heads.

Experts the Cornish miners may have been, but it was a hard, short life for most of them. Land-owning gentlemen adventurers – like the character Ross Poldark – invested and made or lost fortunes in the mines. When a mine was producing from a rich vein of ore, the ordinary mine worker faced seven days a week of backbreaking labour in a hot dark environment, lit by candles they carried themselves. Bal maidens, young women and girls (some as young as six or seven years old) worked on the surface dressing the ore.

If you explore the Tin Coast you’ll discover that arsenic was among the minerals associated with tin mining. As a contaminant, it made tin brittle but as an important commercial by-product, it was used in paint and pigments, rat poison and, believe it or not, a medicine for asthma and cancer. Crushed ore was heated or calcinated, a process that released the arsenic as a gas. It crystalised and was harvested by workers wearing minimal protection from inside the chimneys that dot the landscape. People working in this atmosphere – men, women and children – had very short life expectancies, often dying in their 30s. 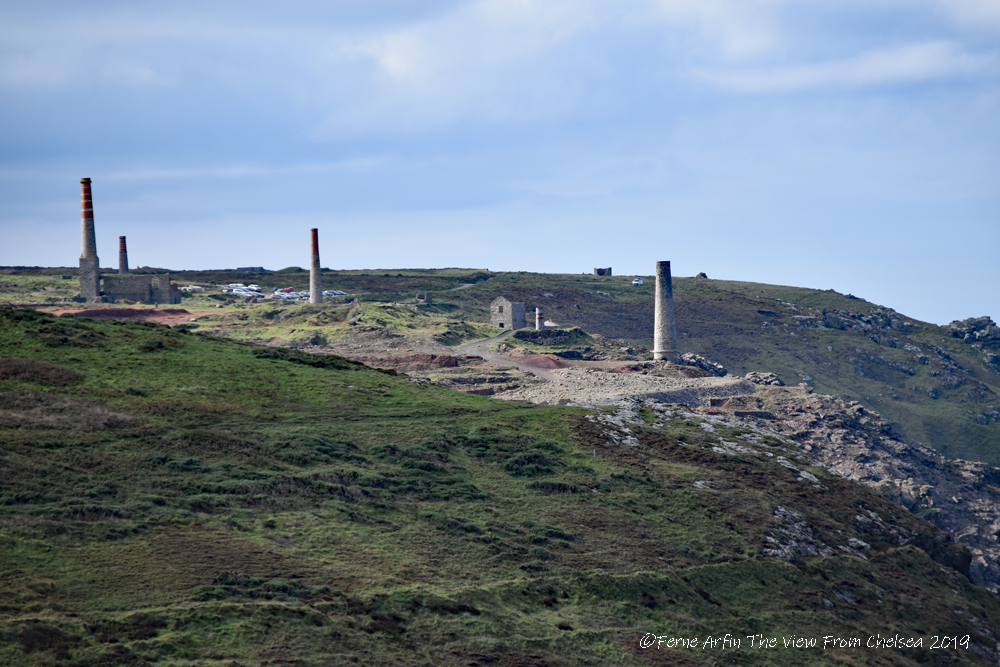 Chimneys, engine and count houses of the Levant Mine, part of the Cornwall and West Devon UNESCO World Heritage site. Steam engines brought ore to the surface and pumped water out of the mines. Tall chimneys carried away steam and noxious gases from the mining and dressing processes.

It may have been a hard life, but it was also highly skilled. By the mid 19th century, when the industry moved to other parts of the world in search of cheaper minerals, Cornish miners were in demand and often moved with it. They carried their culture and their mining technology all over the world – t0 North, Central and South America; to Australia and New Zealand, and to South Africa. During the 19th century, as many as half a million people left Cornwall in what has come to be called the Great Migration. According to Cornish Mining WHS, an estimated six million people worldwide are descended from migrant Cornish mine workers. That’s why, in 2006, UNESCO inscribed the Cornwall and West Devon Mining Landscape on the list of World Heritage sites.

The World Heritage listing includes ten separate locations, encompassing villages, harbours and industrial sites across Cornwall and West Devon. The Tin Coast is a seven mile stretch of Cornwall on the western edge of England with exceptional Atlantic and clifftop views, great walks and evocative sites to explore.

Things to explore along the Tin Coast

Britain’s Ordnance Survey (OS) maps are the most thorough, accurate and informative maps available. And now, the price of the map includes a mobile download, so you can plan your outing with the map before you go, then tuck it in your backpack and use the app along the way.  Check out:

Full disclosure: The map and book links are affiliate links. If you decide to buy any of the products mentioned, this site will receive a small payment, at no extra cost to you. 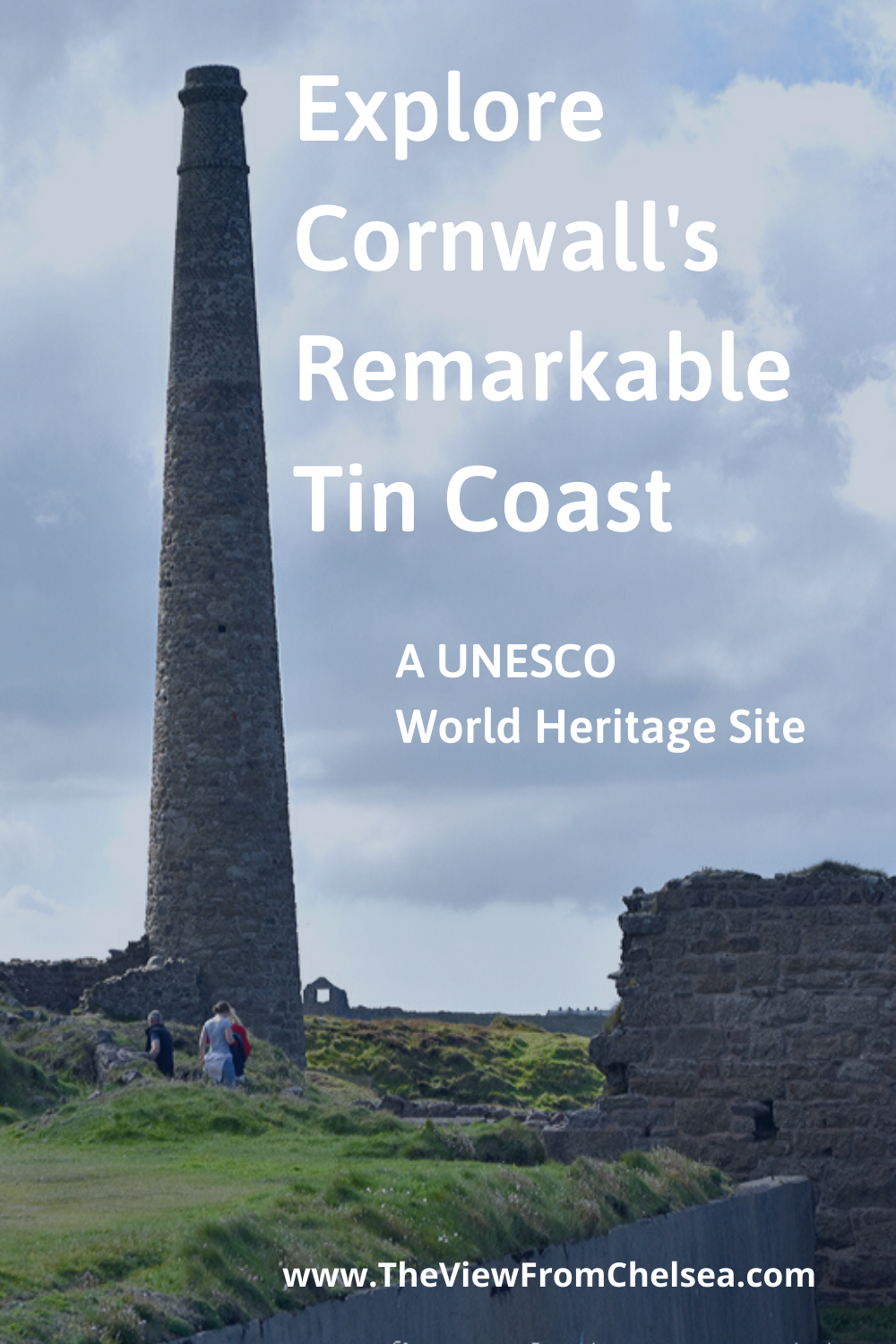 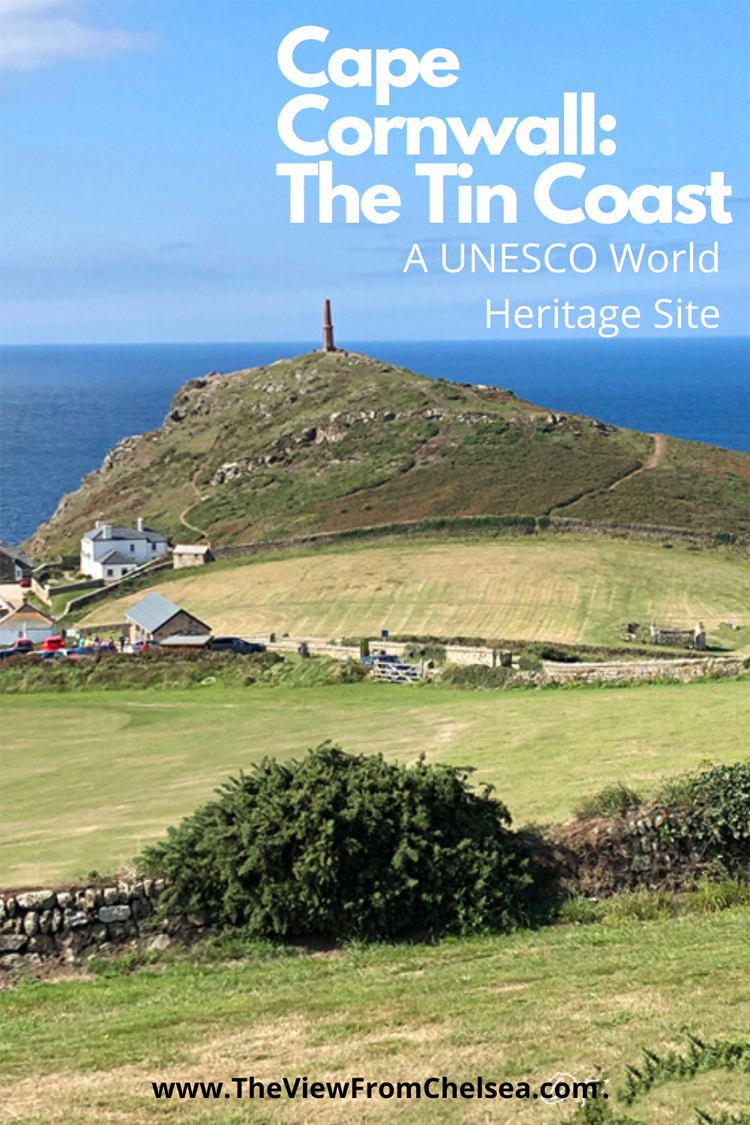