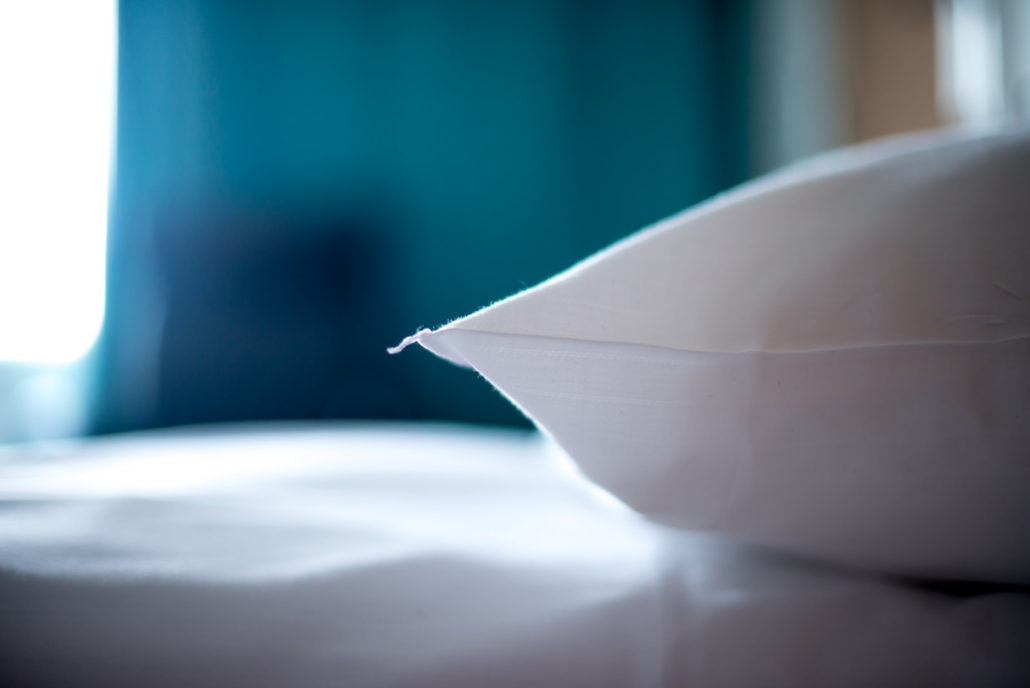 Luxury is great. It has its place on any list of vacation and holiday treats. But sometimes the simple pleasures of crisp white sheets on a big soft bed are all the luxuries a weary traveler could ask for.

My friend, my dog and I had spent a few days in France in May. We’d stayed in several luxury hotels: chateaux set in landscaped parks surrounded by woodland ringing with birdsong; a converted convent in the heart of a charming historic city, loads of sandblasted stone and oaken beams – what the French call pierre et poutre. On the whole, they were long on charm but (with one exception) very short on space.

On the last day of our trip, we decided to milk as much enjoyment out of France as possible before having to leave. We stopped at markets; went sightseeing in Flanders; tried a bit of last minute shopping and coast watching. It turned into a very long day with a lot of driving and a late ferry crossing.

My friend had suggested we book a room at the halfway mark to break the journey. It’s only 80 miles from the Dover Ferry Port to West London (a two hour drive, the AA rather optimistically suggests) so that didn’t seem necessary. But roadworks on the M20 heading out of Dover turned our first hour on the road into a 20-mile, single-lane nightmare of orange cones looming out of total darkness, punctuated by the glare of oncoming lorries.  By the time we pulled into the Junction 8 service area on the M20 in Maidstone,  my eyes were burning and my jaw was clenched. I was thankful I’d taken her advice.

The service area motel was a Days Inn. I’d never stayed in one and if you’d asked me, before this trip, what I thought of the brand, I probably would have said not a lot. Their no-frills websites with tiny pictures and lurid colours set in an electric blue background were not very tempting. But it was where we needed to stop and it was cheap (£68 for both of us plus the dog) so I’d booked it.

We arrived, bedraggled, at around midnight. Because you pay for these rooms online in advance, check-in is totally painless.  I just handed over a printout of my reservation in exchange for a digital card “key” and directions to our room.  That was it. No formalities, nothing to sign, nothing to pay.

The room, after several days on the Continent, seemed huge – a separate king-sized bed for each of us plus a pair of upholstered arm-chairs. There were plenty of outlets for our chargers, extra pillows in the cupboard, tea and coffee-making things, flat-screen television and a large, spotless shower room.

Bags of style? No, just your basic, early 21st century motel room. And maybe the towels were a little on the stiff side. But it was clean, comfortable, quiet and there. As I stretched out on the first bed I’d been offered in five days that was actually big enough to stretch out on, I thought, “Thank God for Days Inn. Who knew?”

My life on the road is just full of surprises.

Check out what other guests think on Tripadvisor and book this hotel.

Photo above by Jason Trbovich, ccl 2.0

Disclaimer: If you book a hotel through the link on this page, The View From Chelsea will earn a small payment, at no extra cost to you. This commission helps to cover the cost of maintaining this blog.

Bachelors and Spendthrifts – The History of Attingham Park

Everyone is Beautiful at the Chiltern Firehouse